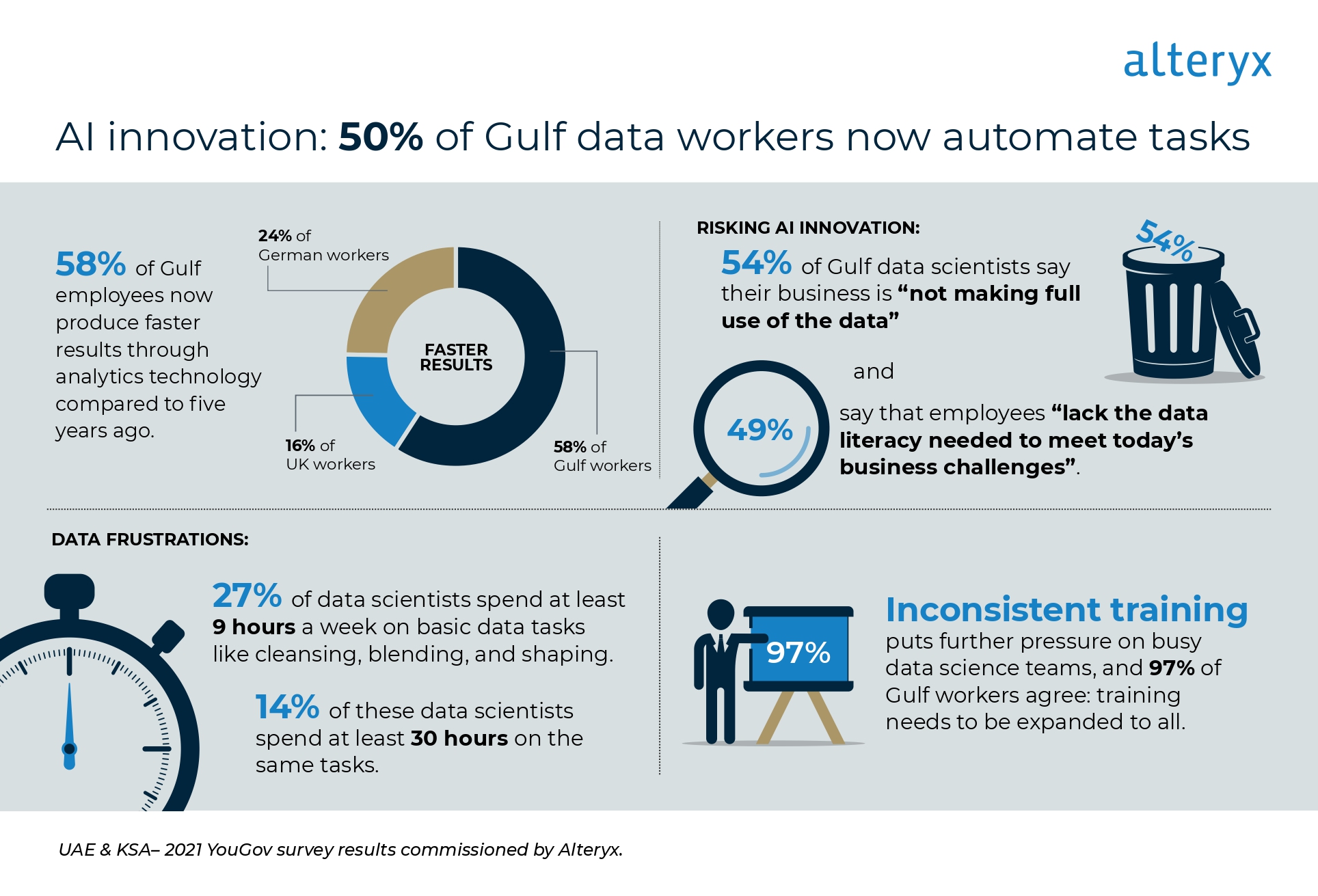 Alteryx, Inc., the analytics automation company, unveils new findings showing that the Gulf is uniquely placed to drive innovation post the pandemic. A staggering 50% of employees surveyed are now able to automate their day-to-day tasks, with 58% able to produce faster results through the use of analytics technology compared to five years ago. In comparison, just 16% of UK workers, and 24% of German workers confirm they are able to automate similar tasks. The Alteryx-commissioned YouGov research surveyed 300+ employees in the UAE and KSA who work with data in large companies.

Despite the core building blocks to success, the research shows that the region is still hindered by inconsistently applied training programmes, with only existing experts – such as  qualified data scientists – receiving vital data upskilling. Highlighting the scope of this need, 97% of Gulf workers agree that training needs to be made available to all data workers in the region to truly unlock business value.

Employees that lack formal training are increasingly operating in the dark – further overloading at-capacity data science teams. Research highlights that data scientists spend a disproportionate amount of their time each week on tasks that could be completed by workers with less advanced skillsets using automation technology, and are stuck in a continuous loop of day-to-day tasks:

With such a huge skills gap, the efforts of highly trained data scientists are being wasted. 97% of employees now say that data training should be expanded to all data workers instead of remaining focused on existing data experts. 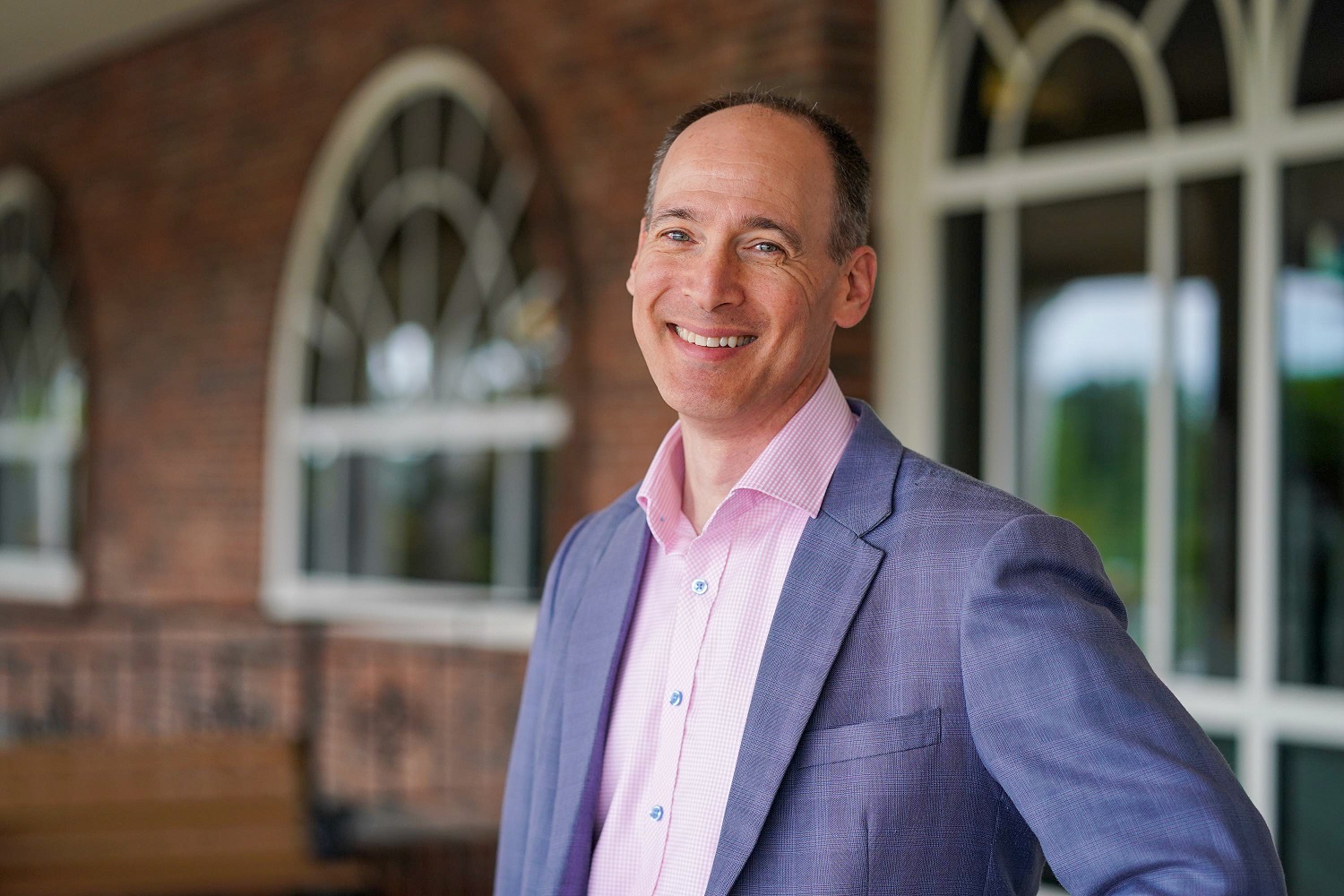 “While data is increasingly becoming the common language of business, few receive the training needed to deliver consistent benefit from it, with the remainder relegated to working in the dark,” comments Alan Jacobson, Chief Data and Analytic Officer at Alteryx. “The lack of foundational data skills remains a significant stumbling block on the Gulf’s upward trajectory towards AI led innovation. Big data needs context and human intelligence when applied to AI. What we now see is an AI ethics conundrum. If not driven by data science, unintentional data biases can creep in, leading to perpetuated discriminatory practices, as well as inaccurate and inconsistent AI models.” 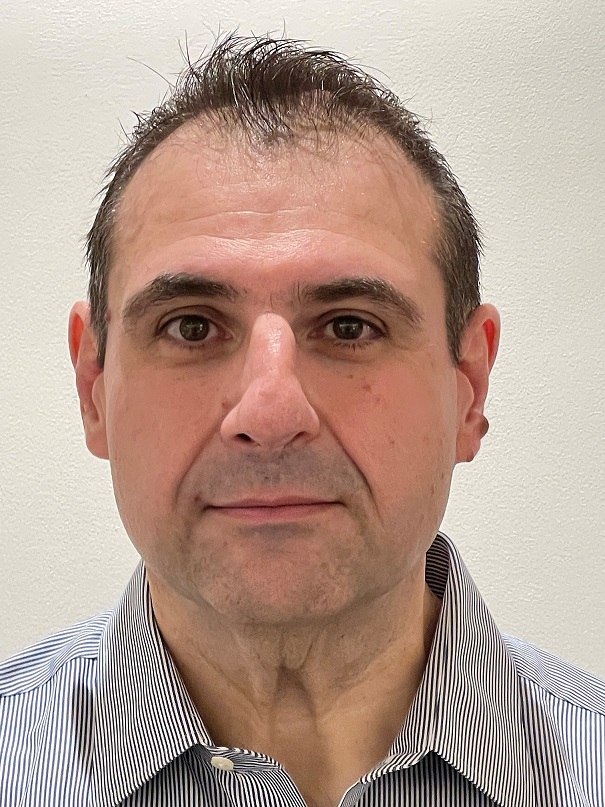 “Many business leaders believe that transformation and AI projects are exclusively about the technology, but any technology is only ever a tool to deliver human ingenuity,” comments Kerry Koutsikos, Regional Vice President, MEA, at Alteryx. “The lack of consistent training, and subsequent lack of standardised knowledge is a core challenge for the Gulf’s future technology projects – particularly new AI strategies.

“Data work and automation are taking place regardless of whether training is available. The challenge is the quality of data and outcomes generated across this skills spectrum. Instead of spending their time on advanced AI projects or value-driving work, data scientists are having their time sapped by basic data tasks that could – and should – be completed by other workers. It’s imperative that business leaders minimize the challenges that are being faced by delivering a core foundation of data skills to all workers and removing pressure from data and technology teams.”