Paramount Group, the global aerospace and technology company, announced today that its multi-mission, Mwari aerial platform has been equipped with advanced anti-drone technologies, enabling the deployment of the aircraft as an effective hunter and killer of Medium Altitude and Long Endurance Drones (MALEs).

The clean-sheet designed Mwari is the next evolution in ‘Find, Fix & Finish’ technologies optimized for the anti-drone defence environment, capable of engaging MALE drones at altitudes of 20,000-30,000 feet, where only highly sophisticated and costly ground-based air defence systems (GBADS) can reach, and which would otherwise require the intervention of fighter jets.

Advanced sensors, an extended range, and pinpoint accuracy are at the forefront of the Mwari’s innovative system design, making the platform an ideal solution for the threats posed by MALE drones to the territorial integrity of sovereign nations. 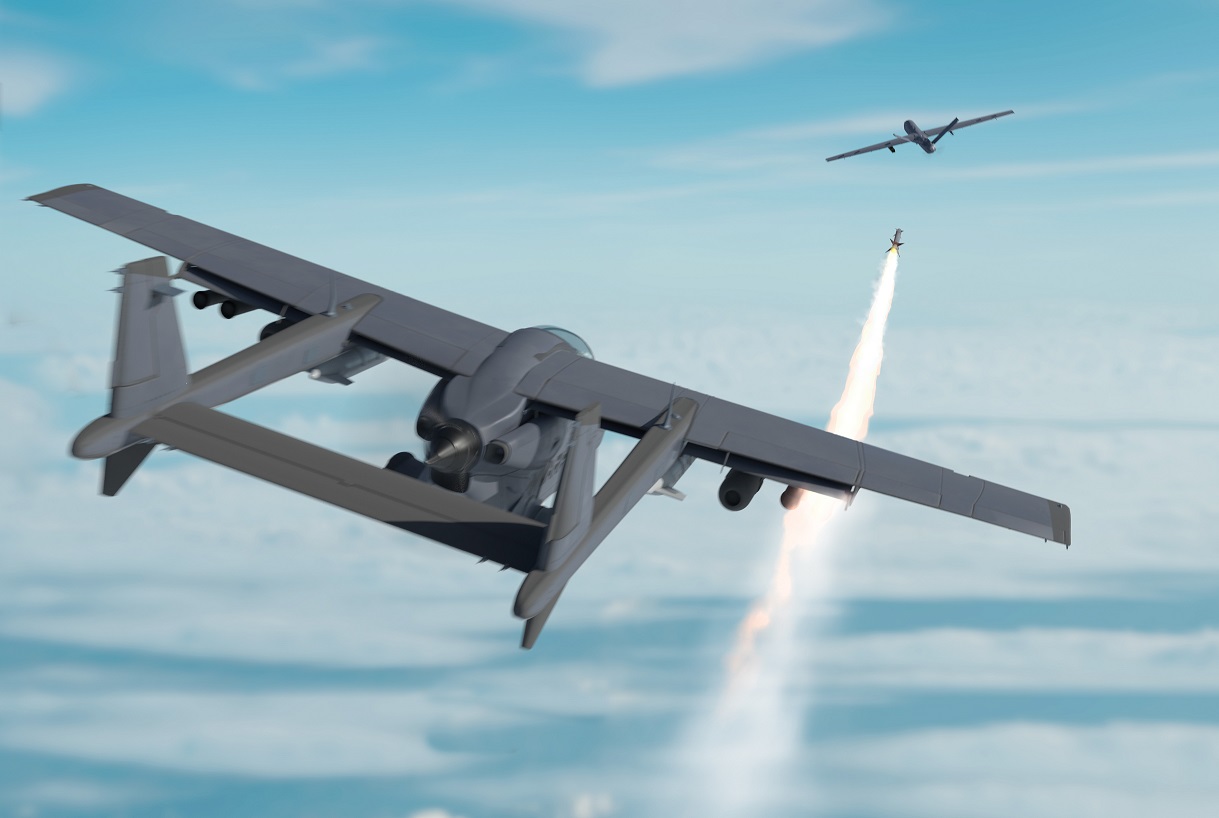 The Mwari is capable of loitering at a minimum speed of 110kts for up to 10 hours of flight time (with optional external fuel tanks for added endurance). It can be fully equipped with new generation, multi-role air-to-air missiles (with an engagement range of 4,000m) alongside rapid-fire, wing-mounted cannon pods (with an engagement range of 800m), offering the latest in advanced anti-drone lethality.

Superior crew and sensor visibility of the unique Mwari design provides ultimate situational awareness, either during day or night, ensuring that the aerial platform can undertake a wide range of missions, in austere and remote environments and on unprepared runways while requiring a limited logistical footprint.

Steve Griessel, CEO of Paramount Group, stated that, “Historically, prohibitive costs have restricted anti-drone systems targeting MALE drone threats. Amidst this paradigm is where the Mwari perfectly steps in, the next and best-in-class precision technology, and able to operate at a fraction of the cost of alternative anti-drone solutions. No other singular aircraft has such an intuitive multi-mission application or can reach similar altitudes while hosting what is the industry’s gold standard in situational awareness technology.”

An Interchangeable Multi-Mission System Bay (IMSB) located in the fuselage further allows for system changes ‘on the fly;’ updates, additions, and integrations in real-time are made possible, ensuring that the single airframe can be easily re-configured for different missions.

Despite hosting such highly advanced technologies, the Mwari can be rapidly disassembled, transported in a C-130 or equivalent, and reassembled at a remote base, by a small crew with minimal infrastructure.

“We look forward to leveraging the innovative Mwari’s robust applications as the pre-eminent anti-drone defence solution and to its exciting next steps in adoption by our global partners,” Griesel concluded.

Drawing on both Paramount Group’s commitment to innovation and its extensive research and development (R&D) and manufacturing experience, the Mwari has been designed with portable production in mind. The aircraft could, depending on customer requirements, be exported in kit format for final assembly in customer countries and can easily integrate into supply chains around the world, enabling scalable mass production.