Kazakhstan Paramount Engineering (KPE), the joint venture between the global aerospace and technology business, Paramount Group and one of Kazakhstan’s leading defence and engineering companies, Kazpetromash, has announced its latest delivery of Arlan 4×4 armoured personnel carriers (APCs) to the Ministry of Defence of the Republic of Kazakhstan, in accordance with that nation’s State Defence Order. 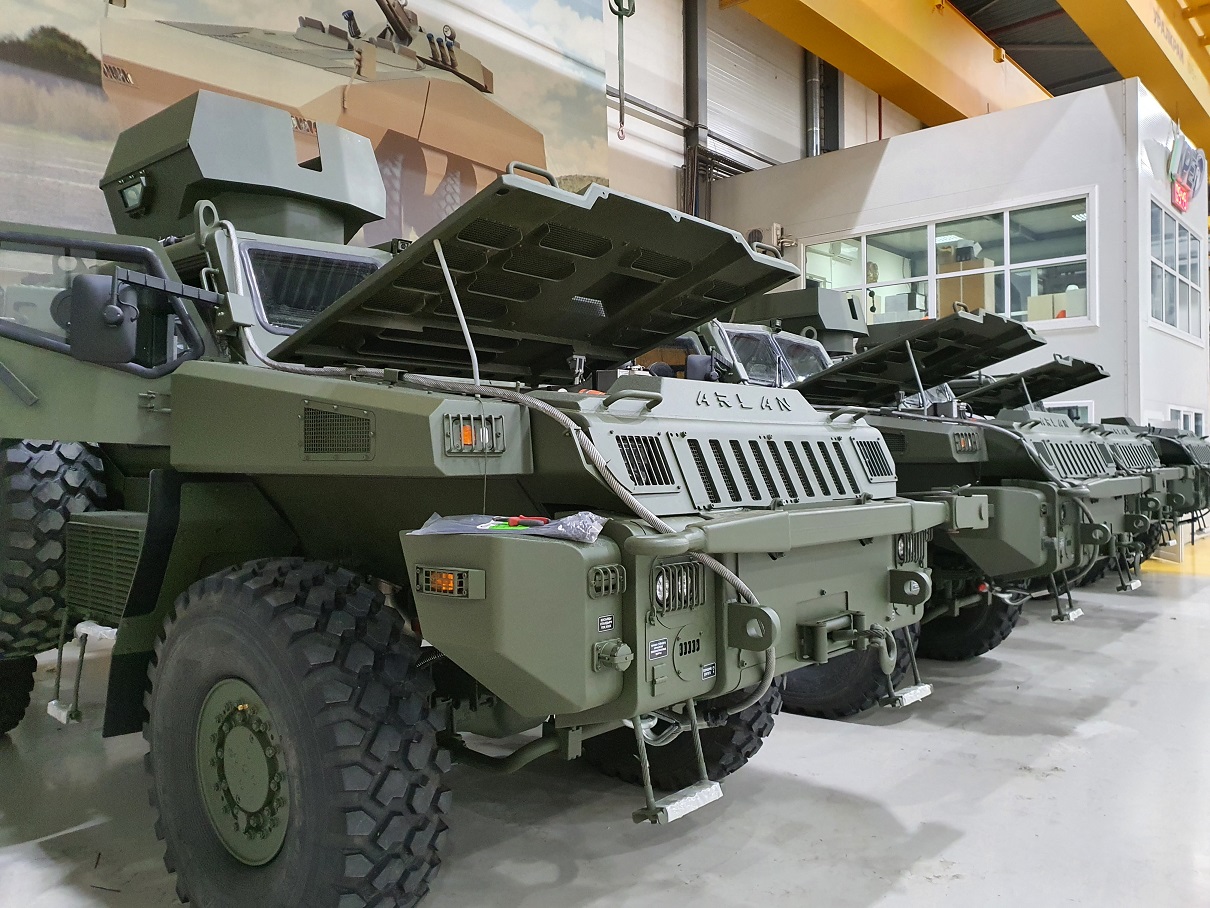 Kazakhstan Paramount Engineering has for over the past four years delivered several batches of the Arlan APC to the Armed Forces of Kazakhstan, where they have since been in operation. 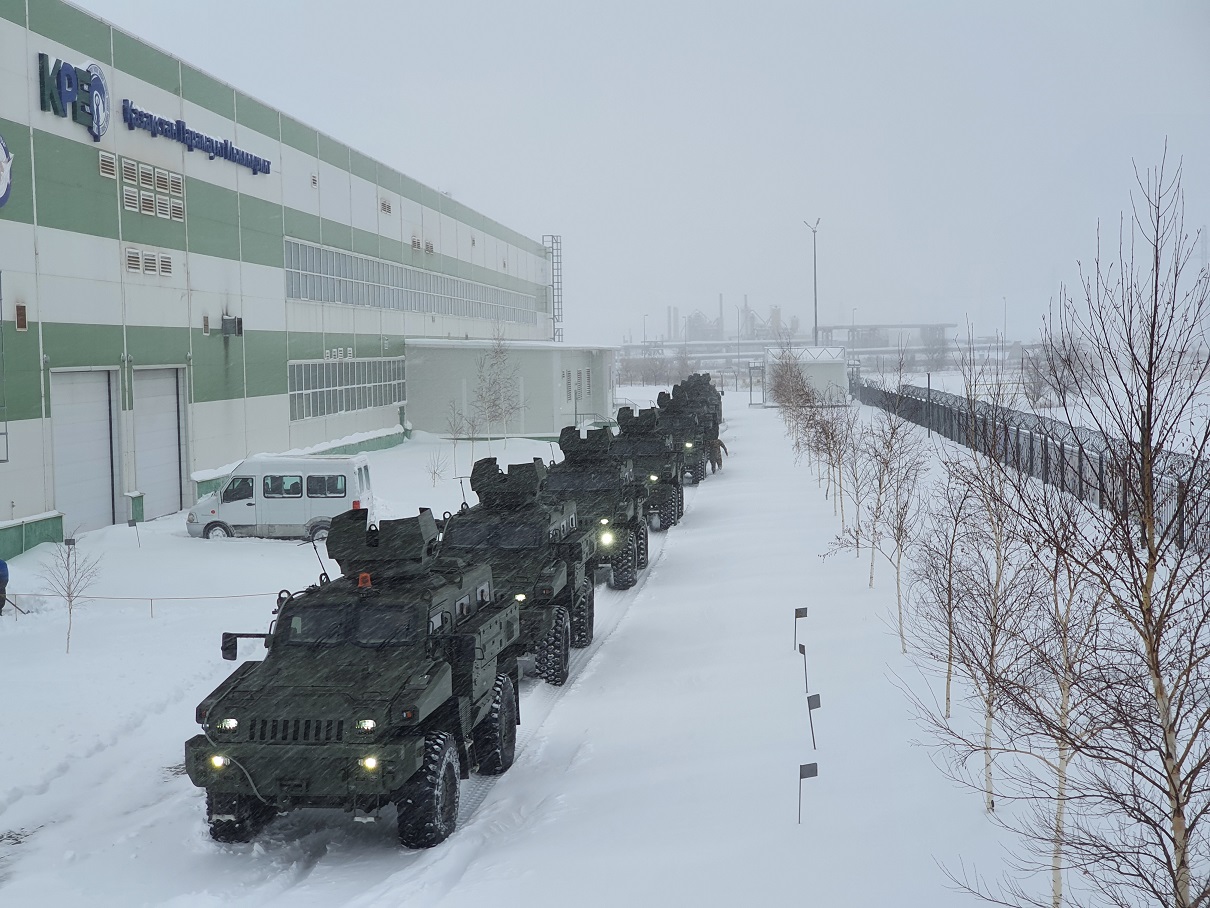 The vehicle is renowned for its adaptability to the diverse conditions of Kazakhstan and the greater Commonwealth of Independent States (CIS), with features including pre-ignition engine heating and a dynamic temperature control system that can carry personnel safely and comfortably in winter conditions (as low as – 50 degrees Celsius) and summer temperatures (up to 50 degrees Celsius).

The Arlan armoured vehicles are all locally manufactured (comprising up to 70% local content) at the 15,000m2 KPE armoured vehicle production facility in Nursultan, one of the largest and most modern armoured vehicle factories in the region. Over two-hundred Kazakhstanis are presently employed by Kazakhstan Paramount Engineering (KPE), providing modern equipment for Kazakhstan’s Special Operations Forces and its Ministry of Defense. The facilities serve as a center for excellence and high-skills employment, with the capacity to produce hundreds of armored vehicles per year. 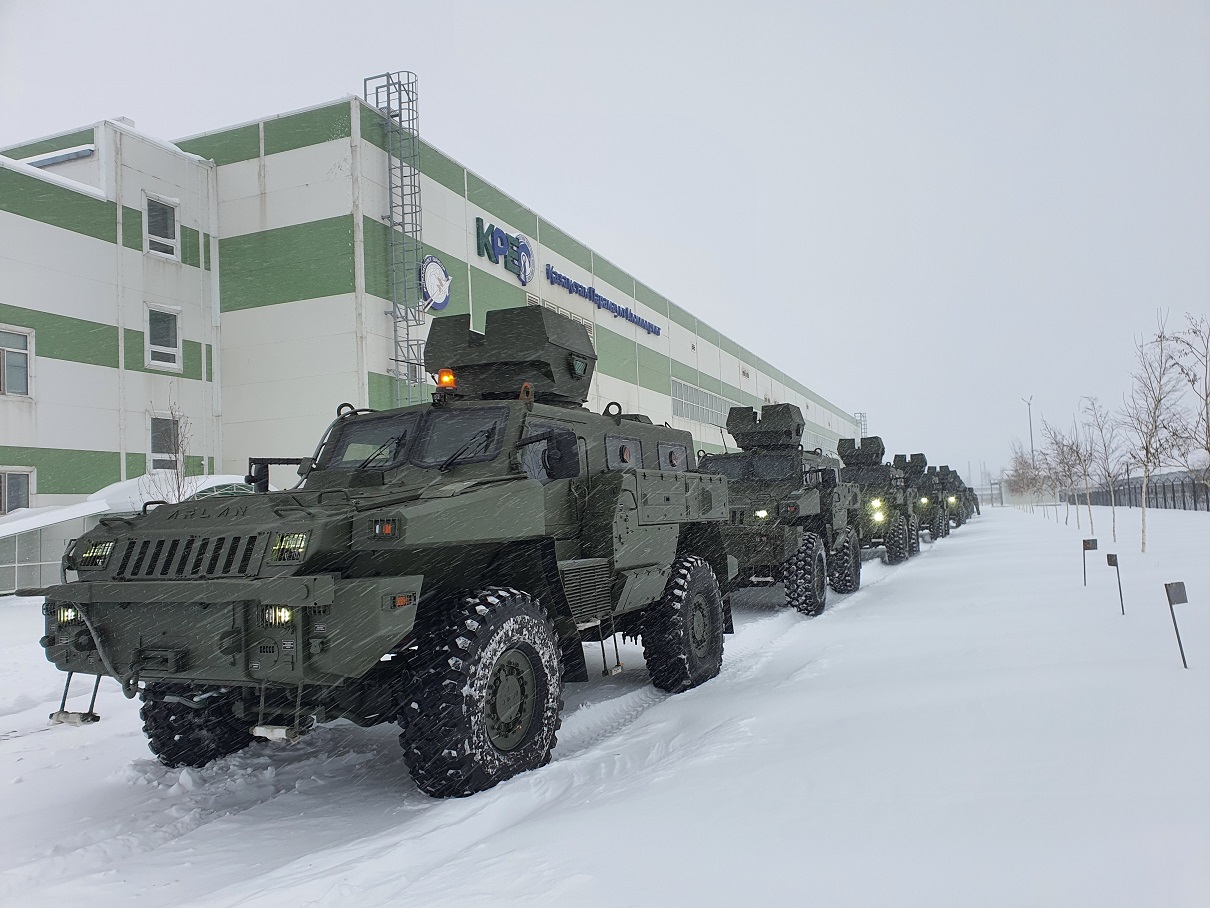 John Craig, Executive Chairman of Paramount Land Systems, stated that, “The COVID-19 pandemic and particularly, its direct ramifications to global supply chains has underscored the critical impetus behind governments honing their home-grown capabilities and emboldening their defence industrial complexes to remain resilient in the face of often-fluctuating circumstances and their exogenous aftershocks”.

The indigenously produced Arlan can withstand the debris and dissipating energy of explosions, its double-skin spaced armour providing outstanding security (including blast protection of STANAG 4569 Level 3a & 3b, stopping power against a 50kg TNT side blast, protecting against roadside bombs and IEDs, and with 8kg blast protection under the hull) while reaching a speed of up to 120km/hr for a range of 700km.

In addition to the Arlan’s advanced protections and durability, with a kerb weight of 13,500 kg and offering up to a 4,500kg payload, the highly versatile APC can ford at 1.2m and is capable of climbing gradients of 60% and side slopes of 35%.

The interoperable vehicle, accommodating two crew members and up to seven troops, is further equipped with a nuclear, biological and chemical protection system (NBC) which can address the challenges of radiation dust spread, gas and/or biological attacks, along with a mechanical 12,7 mm turret. The Arlan can carry extra fuel tanks, water and additional combat supplies, with optional add-ons including however not limited to a Winterisation Kit and Central Tyre Inflation System (CTIS), alongside various weapon and fire suppression systems.

“In 2022, maintaining security of supply in the defence arena will be a key priority for governments across the globe. Accordingly, the successful delivery of this latest fleet of Arlans to the customer emblemises not only our legacy of delivering highly customised solutions on time and on budget, but also our partners’ pragmatic role in mitigating the impact of global threats. KPE is indeed a strategic cornerstone of Kazakhstan’s technological prowess,” Craig concluded.

Paramount Group is a global technology and aerospace business, a leader in defence and security innovation and is a trusted partner to sovereign governments across the globe.

Paramount specialises in the creation of portable manufacturing facilities through technology and skills transfer, resulting in new local capabilities and sustainable jobs, proven to not only benefit local defence industrial capabilities but economic diversification and growth.

Paramount Group has been responsible for the development and production of a broad range of highly advanced armored and mine protected vehicles that are in operation around the world. The family of APC and combat vehicles which has been developed from clean-sheet design is at the vanguard of armored vehicle technologies. These vehicles have been designed and developed to meet the increasing demand for multi-role, high mobility, and mine hardened platforms, providing a solution to the ever-changing demands of the global battlefield.