Language has never been a barrier for artists who know how to successfully transcend the barriers of ideas by inventing images and forms. It is through art that people’s perspectives about things have radically changed.

“One of the prominent names that brought French and Chinese art and culture to a new level is Jiang Dahai. He is a French-Chinese artist who graduated from the Central Academy of Fine Arts in Beijing and the École Nationale des Beaux-Arts in Paris in the 1980s and is considered the most talented living abstract painter of his generation who redefined artistic modernity with his innovative and harmonious paintings.” said Behnood Javaherpour, philanthropist and founder of Dubai-based Behnoode Foundation who has been supporting contemporary artists from Iran, China, Africa, Asia and Middle East through creating exhibition opportunities for both emerging and established artists. 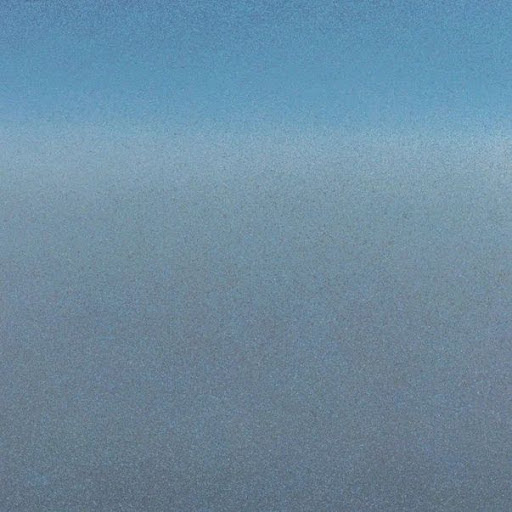 Jiang Dahai’s paintings are inspired by the unpredictable clouds in the sky, saying that the cosmos hides all truths. His artistic heritage is derived from both ancient Chinese painting and Western modernist painting. Although he was deeply influenced by masters such as Seurat, Kandinsky, Mondrian, Malevich, and Rothko etc., he did not intend to become a member of the classical western “modernist” plastic art club by abstractly transforming landscapes into geometric forms. He does not want to depict the visible nature of “forms”, instead, he wants to present the “Qi” of nature that is valued in Eastern philosophy, that is, a connivance between the human mind/body and nature, a relationship between man and heaven and earth that is as inseparable as breathing, in his art creation through intentional landscapes. 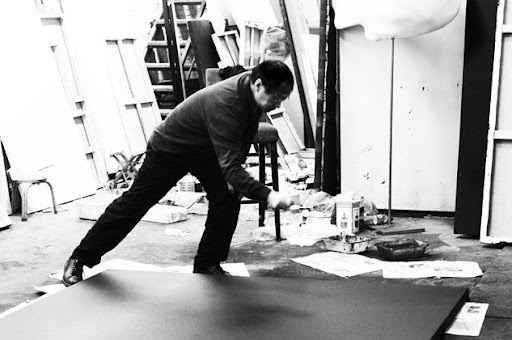 Jiang Dahai’s painting has a unique technical process. He first renders the canvas with the dominant hues – gray, green, red and blue, then he places the canvas flat on the ground, and then uses a short brush to drip the acrylic paint diluted in water vertically on the canvas with an overhanging wrist, waiting for one layer of color drops to dry, and then continues to drip the next layer. In this way, layers of densely arranged color drops, red, green, yellow, and gray, merge together, and when we retreat to a distance to view the painting, the millions of color dots are ordered to reveal a picture with harmonious tones and rich structure. The image dissolves the single point perspective structure by multiple points perspective, the light is dynamic, and the hidden structures are rich in musical rhythm. As the viewer’s eyes and body move, the clouds and natural landscape in the painting seem to slowly unfold and diffuse in a three-dimensional space without borders. It is like breathing, continuous, undulating, harmonious, and moving in silence.

Christophe Génin, a French professor of philosophy and aesthetics, highly praised, “In Jiang Hai’s paintings, our aesthetic experience is that of a renewed cosmology: allowing ourselves to be drawn into the movement of his canvases. His “clouds” are a sign towards a beyond perceptible and expressible world. Through the subtle play of color, the content of nothingness, the painting is not reduced to what is shown, but rather takes the viewer on an ascendant experience of the movement of “Qi”, the energy of the earth rising to the sky, the connection between below and above, between body and soul. Here, our soul has all the tones of nature, into which it is integrated and from which it abstracts.”

Some of his best paintings are collected by noteworthy art museums and private collectors in China, Taiwan, Singapore, Hong Kong, France and the United States. His recent works entered the permanent collections of Guimet Asia Arts Museum and Cernuschi Art Museum in Paris. It is encouraging to see how Jiang Dahai is weaving magic with his impeccable artistry on a global level.

Jiang Dahai is eyeing expansion in the Middle East region in partnership with Dubai-based Behnoode Foundation which is committed to expanding the art experience by developing an art community where artists can showcase their work, create an educational platform, participate in art and cultural exhibitions and have accessibility to art fairs and forums.