A dish that I was expecting to be served in the July 2021 J-Pow serving but wasn’t!

Better late than never I say. A Rough start for the stock market and as traumatic as the hit has been to portfolios, the market outlook remains equally dire.

The case may be more of an overdue reset by an overvalued stock market when it comes to the outlook for interest rates and Fed policy. Economists expect the economy to continue growing at a healthy pace this year by historical standards, interest rate expected to remain low for some time supporting economic growth.

While the markets have been brutalized in the past few weeks, the outlook is not as dire as the market action implies. Morningstar US Market index has lost 8% so far in 2022 and at its worst levels last week was down more than 10% from the most recent peak on Jan 1st week, formulating a correction.

Steep declines weren’t driven by fundamental news, but rather a confluence of technical factors, such as selling by trend-following futures traders, stock options traders, and ripples from leveraged ETFs. That coupled with a lack of buy-the-dip support from individual investors helped create a void for the market to fall. At the same time, there was an overhang of big, institutional investors heavily weighted in the very largest and often most expensive stocks who finally started cutting back on those positions. A lot of the selling was technical in nature, but obviously the trigger was the Fed.

A bigger challenge for the stock market has been valuations. Based on the universe of stocks covered by Morningstar’s analysts, US stocks came into 2022 roughly 5% overvalued.

When it comes to the Fed, another the issue is its acute pivot in terms of support for the US economy. The central bank is making a quick swap from a more aggressive approach from keeping the economy rolling during the worst of the pandemic recession to hitting the brakes in response to the firestorm in inflation. While a change in posture by the Fed been in the cards for months, the pace at which the outlook for the Fed is evolving has forced investors to adjust their expectations rapidly as well.

Before 2008, stocks would typically have just one big sell off when the Fed swapped into rate increase mode. But in the universe of quantitative easing and tightening, there has been considerably more volatility around its policy. From 2010-2018 the market had eight Fed policy related declines with an average loss of 11%.

Quantitative tightening is a much bigger deal than the Fed raising rates and the markets have a big adjustment to make.

That said, with stocks down roughly 11% from their peak during the worst of Jan sell off it may have bottomed here following the general pattern.

Morningstar’s forecast for the US economy in 2022 is for growth to come in at a healthy 3.9% and 3.5% in 2023. Both these levels of economic growth are still near the highest levels the US has experienced over the last 15 years.

In addition, while inflation is running hot and will remain elevated for the next few months, it is projected that it will begin to moderate in the second half of this year and continue to decline toward normalized levels in 2023. Factoring these attributes, at current levels, we may now see the market as being valued fairly broadly.

The US economy is a benchmark for the world being the largest economy and Wall Street accounts for more than half the market value of global equities.

The S&P 500 rose marginally last week but closed out its worst month since March 2020 as expectations for higher interest rates erode enthusiasm for stocks. On the final trading day of January, the S&P 500 advanced 1.9%, while the Dow Jones Industrial Average gained 1.2%, or about 406 points. The tech heavy Nasdaq Composite advanced 3.4%, chipping away at its monthly losses. The day’s gains built on a rally Friday for all three indexes.

Broadly the US stock index has retreated 5.3% in volatile trading in January as investors wrestle with the question of how tighter monetary policy would influence equity valuations. High inflation and a strong labor market have led the Fed officials to accelerate their plans for unwinding support for the economy.

Last week it signaled that it would begin steadily raising rates in mid-March. Adding to investors’ anxieties in recent weeks: the possibility of a Russian invasion of Ukraine and the surge of the Omicron variant of Covid-19.

These concerns has led to declines across the stock market, with 10 of the S&P 500’s 11 sectors retreating in the 2022. However energy stocks have bucked the downward trend.

A gear shift of the Fed unsettles a key support for stocks. Investors credit the central bank’s near zero short term interest rates and program of bond-buying with helping fuel the stock market’s run from its lows of March 2020. Even after pulling back in recent weeks, the S&P 500 is trading at about double its closing low that month.

Tech stocks have slumped this month as investors contemplate how rising interest rates could weigh especially hard on pricey valuations which are based in part on expectations for growth far into the future. Microsoft shares have dropped 7.5% in January, while Nvidia shares have slumped 17%.

Tech was just very highly valued and extremely overbought making due for a pullback. Trading in January has featured big days both up and down including sharp intraday reversals.

There is extreme volatility so far this year and investors are particularly worried with the interest rate expectations continuing to get higher. We’re definitely seeing from the US that they’re very on top of the inflation numbers and they’re going to do everything they can to rein in the villain of the day. Volatility will lessen as investors get more clarity whether inflation has peaked and how the market expects to react to higher prices for energy and materials. Investors are awaiting cues about companies’ expectations as corporate earnings season slowly quell. Expectations are that profits from companies in the S&P 500 rose 24% in the fourth quarter from a year earlier, according to FactSet. About one-third of companies in the index have reported.

Strong earnings reports coupled with the depth of the stock price declines in January make investors think the market may rise from here.

Among individual stocks, shares of Netflix jumped 11% Monday after a ratings upgrade from Citigroup and share purchases by Co-Chief Executive Reed Hastings.

Citrix Systems shares fell 3.4% as the cloud-computing company said it would be taken private in an all-cash acquisition valued at $16.5 billion.

Shares of L3Harris Technologies dropped 4.3% after the aerospace and defence company gave a downbeat revenue outlook.

In bond markets, the yield on the benchmark 10 year US Treasury note was little changed, edging up to 1.780% Monday from 1.779% Friday. But the monthly yield gain was the largest since March 2021.

It’s been a rough road for Tesla and other e-vehicle manufacturer stocks too. Electric vehicle makers took a dive after Tesla’s earnings report as investors focus on growing competition and the impact of supply-chain disruptions. Tesla’s (TSLA) shares slid over 11% after the car and battery maker’s fourth-quarter results were released. Its shares are down 17% in the past week, and 21% in January.

Morningstar analyst Seth Goldstein sees the pressure on Tesla’s stock as reflecting more than just the latest earnings report, which he described as strong. Goldstein pegs Tesla’s fair value at US$700, leaving the stock 18% overvalued.

Tesla CEO Elon Musk said during the earnings call there are no plans to unveil new vehicles in 2022, delaying the Cybertruck because of supply-chain constraints. “The delay will prevent Tesla from being a first mover in the EV light truck market,” Goldstein says. “Instead, the Cybertruck will immediately face competition from traditional automakers such as Ford (F) and new entrants such as Rivian (RIVN). As such, the Cybertruck could see slower initial sales, weighing on market sentiment.”

Tesla’s slide is at the forefront of several EV-play stocks collapsing in the past year.

A number of companies focused on electric vehicles, such as Rivian and Chinese firms NIO (NIO) and Xpeng (XPEV) had ridden the wave with Tesla’s rally last fall. Those gains have been since erased. Rivian has been especially hit hard. The truck maker saw its shares surge 70% following its initial public offering in November. Since then, they have tumbled 41% from their IPO price. In the past 12 months, NIO has plunged 62.3%, and Xpeng is down 30.9%.

Toyota (TM), Volkswagen (VWAPY), and General Motors (GM) are all planning to expand into the EV market. Shares of both Toyota and Volkswagen rose over 30% in the past 12 months, outperforming Tesla.

An important change in the landscape are the kinds EVs the traditional automakers are producing. Among the traditional automakers, only General Motors and Volkswagen are undervalued at current prices. General Motors has 4-star Morningstar Rating, while Volkswagen is rated 5 stars. Toyota and Ford are both viewed as fairly valued, rated at 3 stars.

My view and forecast on WTI and Brent came true which was made last quarter and I am going to review it again based on new and latest developments in the region owing to geo-political conditions. Until then, I shall continue advising the advisor. 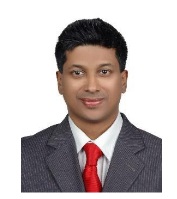 Geoffrey Muns is an Independent Financial Advisor and Planner certified from the UK, US and UAE based out of Dubai for the past 25 years. He also works in the PE/VC space and is a seasoned investment banker having worked with international banks and investment firms in the region. You may contact him at 1mgicapital@gmail.com