The interplanetary metaverse project Everdome announces the release of the opening single from the world’s first specifically commissioned metaverse soundtrack.

Created in collaboration with music composer and producer, Wojciech Urbański (Urbanski), today sees the worldwide premiere of their “Machine Phoenix” single, first of a series of releases which will form the complete Everdome Original Metaverse Soundtrack, scheduled for release by the end of Q1 2023.

Everdome builds a hyper-realistic metaverse environment of a near future settlement on Mars, combining blockchain, VR technology, detailed conceptual art and rich storytelling into a space not only for scientific and artistic expression, but also a space for individuals, businesses, brands and personalities to call their metaverse home at the cutting edge of Web3.

Wojciech Urbanski is an established composer with a portfolio of award winning works from Netflix and Canal+ amongst others. He enjoys a Spotify community of over 600,000 monthly listeners, while his compositions overall have attracted an audience of more than 50 million listeners.

Everdome collaborates with Wojciech and his studio team to establish the unique musical identity of their metaverse project, combining his compositions with their hyper-realistic visuals to power an intense experience.

‘’Creating a musical illustration of the cosmos and space exploration is probably a dream held by every composer. This collaboration is for me a great artistic opportunity, as the setting of an immersive metaverse world permits the use of a very wide range of sounds and tools.’’

This work will accompany Everdome’s alpha users as they encounter the first stage of their interplanetary metaverse experience, the rocket-launch from Everdome’s virtual Hatta spaceport to the Everdome Mars Cycler parked in Earth’s lower orbit.

The greater album soundtrack will form the musical identity for Everdome’s Martian experience, bringing an audio interpretation of Everdome’s Mars civilization in a similar manner to Harry Gregson-Williams’ soundtrack for “The Martian” or Hans Zimmer’s “Dune”.

The musical soundtrack is just a part of the richly detailed metaverse soundscape Everdome creates.

Everdome also collaborates with Michał Fojcik, sound supervisor and designer with more than 100 films in his portfolio, including Loving Vincent, Arbitrage, as well as his sound effects recording work for blockbusters such as: X-Men: Dark Phoenix, Solo. A Star Wars Story. He will design the detailed sonic environment necessary to create a truly immersive experience. 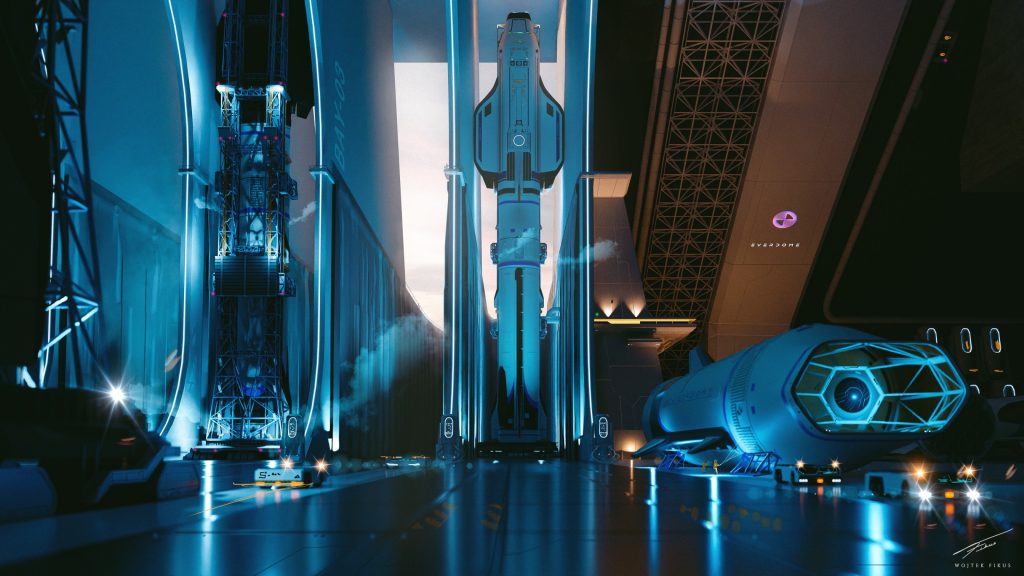 ‘’Building a sonic background for a metaverse experience is a uniquely challenging task. In the absence of true forms of touch or smell, the visual and the sonic take on huge levels of importance if the experience is to be considered truly hyper-realistic.’’

These two artists will be dedicated to the creation of the sonic soundscape enhancing the quality of Everdome’s visualization and storytelling, as they craft this vital part of a pioneering collaboration with Everdome.

‘’Our collaboration with Urbanski and Fojcik brings this vital piece of a bold new science fiction world into being. The ideation and production of an original soundtrack and sound identity is an extremely exciting process. This combination of new environments and sounds in the virtual reality of the metaverse means we explore extraordinary creativity at the intersection of technology, imagination, music and new media.’’

Released by Urbanski’s Dyspensa Records label, ‘’Machine Phoenix’’ is available from the 21st of October 2022 on all major music distribution platforms including Spotify, Anghami and Youtube.

The Neutrino Energy Group has succeeded in creating a fuel-free generator without rotating parts, which can be integrated into any electrical appliance.

The convergence of global trends is prompting changes in many industries and altering the sources of companies’ income.

﻿Qashio, a UAE-based fintech, has raised $10 million in a seed round, with participation from strategic international and regional investors to accelerate expansion into the Kingdom of Saudi Arabia.